The World of Caste

Can we say something new about caste as a system? How has it changed as a result of being fully absorbed within the capitalist system? 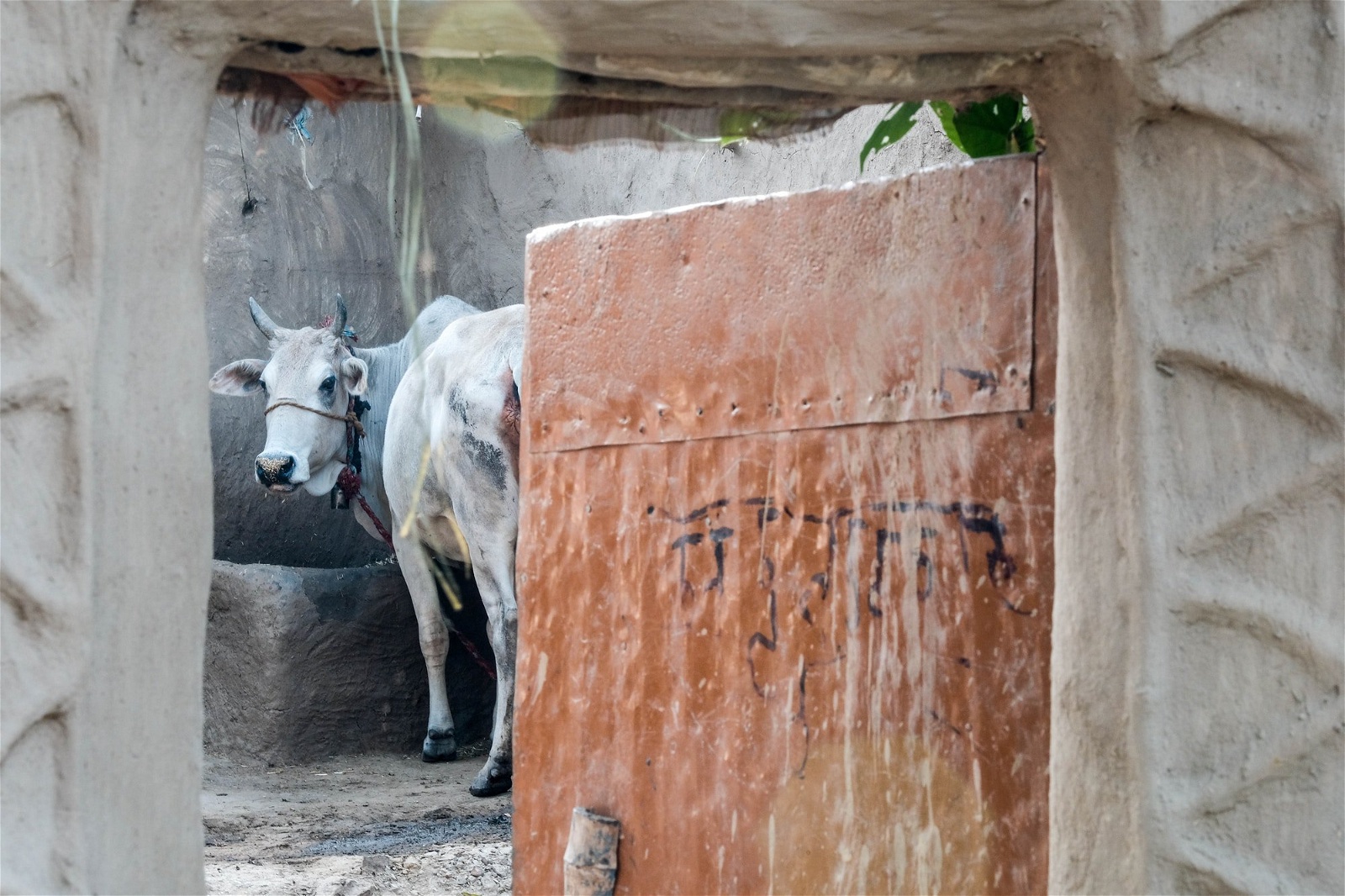 Philosophy as presearch continues to inspire me and it’s one way to bring the midwife of wisdom out of the cave in which it’s been trapped of late. We are in the presearch phase of understanding worlds and before committing too much energy into one hypothesis, I want to conduct an exploratory analysis of worlds in toto.

Presearch happens in disciplinary caves all the time: statisticians conduct exploratory data analysis; engineers test scaled prototypes, scientists play with toy models. Back in the philosopher’s cave, the footnotes to Plato are notorious for their thought experiments.

Why not abstract a tangle of features from data analysis, thought experiments, engineering prototypes and create a new discipline? Why spend time, energy and effort barking up the wrong tree when a simple calculation or heuristic can tell if you’re terribly wrong.

Think about this way: detailed observations are needed to convince a skeptic that the planets go around the sun rather than the earth, but a quick observation tells us that the planets are different from the stars, since they are the only moving objects in the sky besides the Sun and the Moon. So a quick heuristic will tell us: pay attention to the planets. That’s a big win right there.

Let’s don our Roller Coaster World Explorer jackets, shall we?

Like monopoly, we start our game at Go, where it’s written in bold letters: we understand the universe but we don’t understand the world. It remains an absolute mystery as to why a world presents itself in front of our eyes when we open them. Every answer I know seems to presuppose the solution to the mystery.

Of the worlds we inhabit, the social world is the one best understood, for we learn about by being in it and by being bombarded by information about it. For example, almost all media is ‘social media,’ i.e., media about the social world:

Not just media: all the things we make and throw contribute to the world. From pens to plastic bottles, objects of many types and sizes help us grasp the social world and create it at the same time. In the modern world system, our societies are constantly being destabilized, renewed and reproduced by massive flows of social things. We live in Stuffistan, in which stuff pays homage to humans by being everywhere: homes, streets, offices, playgrounds and of course, trash dumps, landfills and ocean wastelands.

The Anthropocene is nothing but Stuffistan in disguise.

Stuffistan is very good at assimilating the worlds of the past and it does so surreptitiously, by computerizing astrological charts and online matchmaking portals that select for caste and gotra. Here’s a question:

What does it mean to be an Indian inhabitant of Stuffistan?

Which we can answer only after answering a prior query: what was there in India before Stuffistan took over? There are many versions of our pre-Stuffistan history, but one orientalist response is: India is the land of 'caste, cows and curry,' hitting three big markers of the Indian subcontinent as far as the rest of the world is concerned:

Behind the CCC stereotype is the idea that “India was different.”A civilization that operated with an entirely different logic. It’s one thing when strange behaviors are exhibited by tribes in a remote corner of the planet; they are not considered worthy of inclusion in proper history anyway. It’s another thing when an entire subcontinent with a long history appears to think differently about the basic questions of human life. Or so it appears.

But Stuffistan has grasped this alien Indian world in its paws and both the differences and the commonalities are being incorporated into its kingdom.

To give just one example, cement production increased a hundred times after independence. What’s all this stuff doing to our minds? How is it reorganizing our world?

Caste is full spectrum dominance, regulating how you work, whom you marry, what you eat and how you behave. In short, a behavior generator. One might say that historically, caste was Indian society, or at least the part of Indian society that's remained stable while kingdoms and empires come and go. Not that stable means static: caste relations have changed over the centuries with jatis moving up and down the ladder as their fortunes change. There are also those who think caste is a modern invention, a product of colonialism.

Whether an ancient organizing principle or a product of imperial categorization, it's clear that caste has been and remains important. But is it as important as it was a hundred years ago?

It's definitely a resilient institution.

Most Indian marriages are still within caste. Discrimination based on caste remains all too common - try getting an apartment in Malleswaram with a lower caste name. And when it comes to politics, caste has become a fundamental organizing principle - instead of vanishing and being replaced by an economic identity, caste is how politics gets organized.

On the other hand, the relationship between caste and livelihood is more tenuous than it used to be. Of course, there are systematic correlations: a prestigious occupation like computer engineering is biased towards the upper castes, but computer engineering isn’t a religiously mandated preserve of the upper castes. Similarly, the fight over reservations in government jobs and the public sector are about access to the modern economy, rather than cordoning off sectors of the modern economy for particular castes. To that extent, an earlier model of caste as a hereditary system of organizing livelihoods is no longer true. Caste provides advantages and liabilities in the modern economy instead of determining livelihoods in that economy.

The transformation of caste shows the divergence between economic mobility - however constrained - and social mobility. Not that different from race in the US.

Which brings me to the question driving this essay: does a closer look at Stuffistan help us say something new about caste?

Of course, new can mean many things. It can mean a description of caste based discrimination as it manifests in the capitalist system. It can mean changes in occupational profiles for particular castes and sub-castes: for example, how the replacement of animals by tractors in farming means certain occupations (e.g., skinning) are no longer viable and those caste groups have to find alternate occupations. It can mean understanding how caste manifests as differential access to political power.

I have another goal in mind: can we say something new about caste as a system?

Quick answer: yes. Longer answer: if we probe the impact on caste of Stuffistan - aka flows of matter and information - we will unearth a whole range of questions that haven’t been posed, let alone answered. Starting with the name: 'caste system'.

That's a pretty remarkable consensus if true. Let me also add: whether true or false, it's in the very nature of 'systems' to make us think that way.

What do I mean?

A system in the sense of 'caste system' is meant to be a regulator of all social life: how we live, whom we marry, what we eat, whom we defer to and so on. The idea is that in the archetypal caste milieu, i.e., a standalone village, caste organizes the five W’s: who, what, where, when and how:

And so on. If you add these components, it's clear that in its previously dominant setting of a standalone village in an agrarian society, caste organizes the basic elements of social ontology: space, time and the body. That’s what I mean by the term ‘system.’

Let’s consider a village as a ‘realm,’ i.e., a portion of the world that can be studied in its own right. Caste is an organizer of that realm. Therefore, we can ask questions such as:

Behind all of these is the ongoing concern with worlds and weltists and the most abstract version of the above two questions:

What is a world and how do we get to know it?

That's too big an apple to swallow in one bite. In this essay I have more modest ambitions: start exploring our knowledge of caste. Or rather, how we succeed or fail to know caste.

Far and Near Ignorance

There are two types of ignorance: distance ignorance and intimate ignorance. What the two mean is somewhat evident from the labels:

Consider Galileo peering at Jupiter through his newly constructed telescope - he had no idea what he was going to encounter and would have accepted whatever he saw. As it turns out, he noticed little specks orbiting the fifth planet - they were Jupiter's moons. But he would have been equally accepting of fireworks emanating from the center of the planet.

The universe is not what we inhabit, not in any serious sense of that term. Yes, we 'know' the earth is in the solar system which in turn is in the Milky Way and so on, but this nested conception is a product of theory construction, not intimate knowledge. As Arthur C. Clarke said in one of his famous stories: 'The Stars are not for Man' - as powerful an expression of 'distant ignorance' as can be.

In contrast, we feel the world in our bones. Is it windy or is it hot? Should I trust him or not? We are constantly evaluating and re-evaluating the condition of the world. Here, the problem of ignorance stems from knowledge. I believe I know everything that's there to be known about the world around me. Am I not alive?

The world is what we inhabit, and therefore we know it by virtue of existing.

The experience of near-ignorance as ignorance is emotionally and spiritually transformative. It can be uncomfortable as well as exhilarating. You can see that in the intense turmoil over Black Lives Matter in the US right now, where many white people are suddenly acknowledging that people of color have been treated terribly for centuries. Was that mistreatment ever not in front of people's eyes? Of course not, but now is the moment that the veil is being parted. But if you tell them statues of Jefferson and Washington need to come down - not so soon!

Near Ignorance Fleshed Out

This might be controversial, but I believe the basic problems of far ignorance have been solved through a combination of mathematics and instrumentation. We know what we don't know, we have some sense of how to make progress and there are standards for determining truth and falsehood. In contrast, consider how we struggle with climate change and deforestation and any number of problems in front of our noses.

Why's that? There are many reasons of course, but I want to point out three challenges that come from nearness:

Just to reiterate: both ‘what is caste’ and ‘how do we know it’ have changed in the last thirty years while remaining familiar throughout and our moral judgments about caste have also changed. The underlying story: caste, like religion, has been fully absorbed into the capitalist system, i.e., Stuffistan. In my next essay, I will explore the consequences of that absorption.