The Demon of Doubt, or an exercise in fiction science.

Every era of quickening change has its existential worries, when solid ground becomes quicksand. Here I use 'demons' to probe the shifting ground of knowledge. 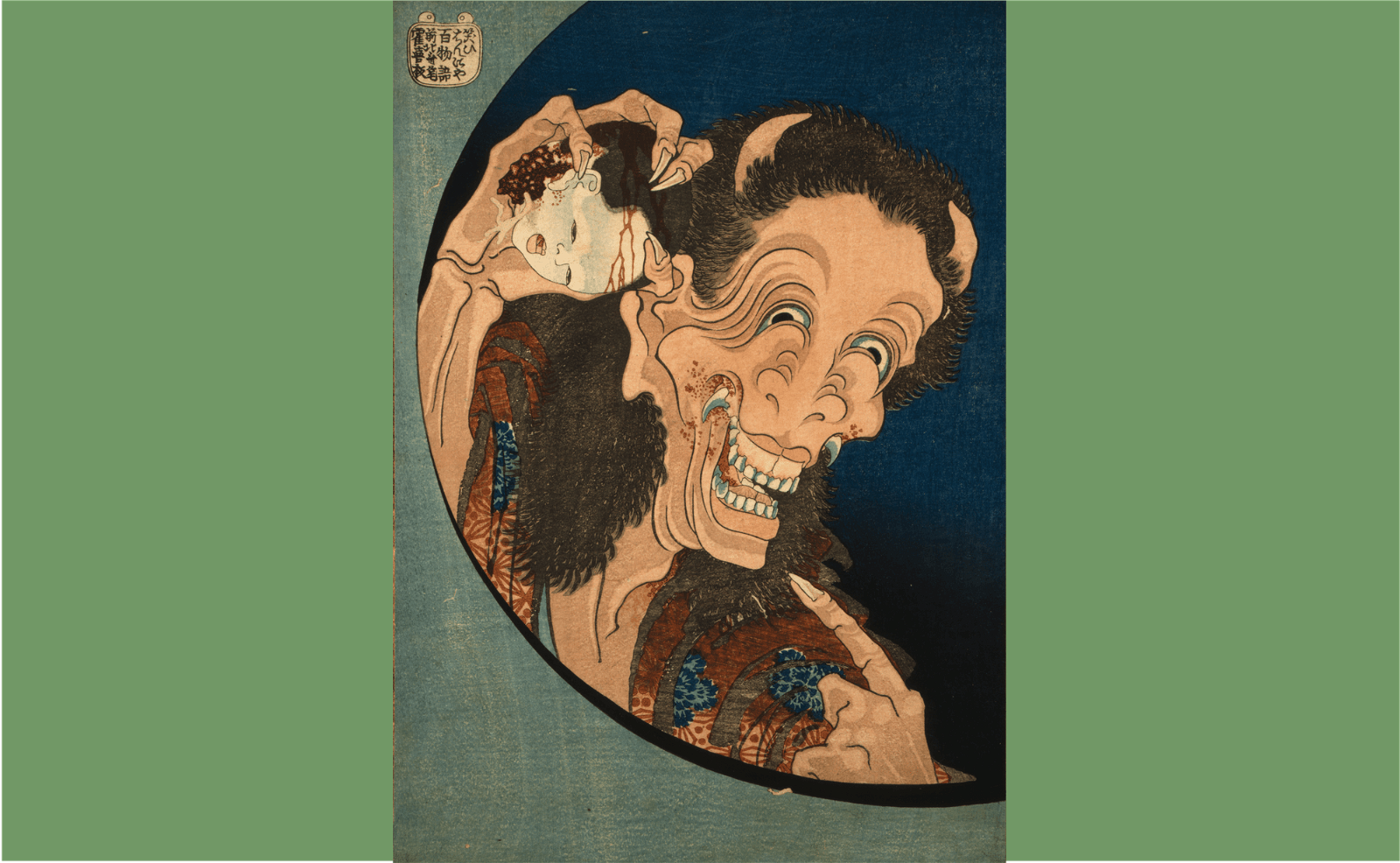 Science Fiction and its cousins such as Speculative Fiction and Fantasy are now well established forms of literary expression. What I haven't seen (and I might just be ignorant) is the opposite, i.e., what might be called 'fiction science.'

For example, consider writing a 'Feynman Lectures of Physics' for an alternate universe, one whose laws are different from ours and yet 'plausible.' What might that look like? All fiction demands the suspension of disbelief; the question is whether science itself can be written as fiction in a manner that invites that suspension.

It's easy enough to imagine within a design, engineering or medical frame. I can (and I am sure others have already) write a book that's a series of blueprints of a spaceship to the stars - everything from the engine specifications to the fuel sources, the control of the interior and so on.

or an anatomy textbook for an alien species

It's harder for me to imagine a textbook for alternative mathematics or theoretical physics, but I am working on it. The closest I have come so far is 'adjacent possible' knowledge, i.e., writing in a 'fictional nonfiction' mode about a world that's not ours but close enough to it. That's where we can combine thought experiments, speculative history and alternative philosophies into a plausible narrative that's not (necessarily) real.

It also helps me talk about demons.

Demons make for interesting characters. ‘Good’ supernatural beings are terrible for the storyteller, for they can solve all your problems by fiat. If an asteroid is about to hit the earth, superman flies out into the upper atmosphere and stops the rock in its tracks.Boring.

Demons move the story forward. If my wishes are granted by a god, I will live happily ever after but there's no story to be told of my life. Instead, if my desires are thwarted by a demon, I'll leave the comforts of home, fight the forces of darkness and emerge the victor after a long journey. Or die a heroic death. Waaay better for ratings.

Demons are also better for philosophical journeys. God sees the truth but doesn't share his vision. Demons draw a veil over the world and make me work hard to see the truth. In the process, I improve my truth gathering capacities, for the demon gives me a horizon to work against. Demons are those rare beings who can play a leading role in fictional narratives as well as philosophical speculation.

I believe in nothing

Every era of quickening change has its existential worries, when solid ground becomes quicksand. The 17th century was one of those times. Silver from the Americas made some Europeans really rich and gave them the capital to launch empires. Which sucked for most people, but you can't stop the march of progress right?

The new money also strengthened the hand of the State relative to the Church, encouraged closer interaction between technology, commerce and science and prompted questioning of centuries of dogma. That was both exciting and dangerous, for the attacks on dogma weren't minor academic disagreements any more, but debates that impacted the basic relations of power and privilege. The romantic in me wants a world where intellectuals have to flee for their lives for being intellectual, i.e., not for making political statements or insulting religious leaders but because their intellectual efforts disrupt the existing order.

Doesn't happen so much today; 'intellectual' is a sanitized adjective, where raging battles are fought over tenure. What to do.

You can see that combination of excitement and danger in the relative obscurity and gentle reception of Copernicus' heliocentric theory of the solar system to the younger Galileo becoming a confidant of the pope to the dying Galileo being shown the instruments of torture by the inquisition.

Every old belief was suspect, and while the new mechanical science was surging in the eyes of the intelligentsia, it wasn't established enough in its influence or patronage to create a new consensus (which is certainly true today). Rene Descartes distilled the essence of this new existential dilemma by asking:

What remains impervious to doubt when all beliefs have become uncertain?

Descartes the philosopher had many things to commend him, but courage was not one of them. Neither was kindness to animals. OK, he had some commendable traits, and some worth condemning. Lucid writing was one of his positive characteristics, unlike some of his intellectual descendants in the 20th century.

Anyway, the great man fled France for Holland in fear for his life. I am not exactly sure why, for I am too lazy to google it, but the general reason remains clear: he crystallized the suspicion that the old consensus was no longer viable.

Existential threats are often personified as demons, a special creature whose only ambition is to thwart our collective desires, to pervert those desires or deny access to knowledge or wealth or security that should be ours by rights.

Consider the atheist's battle cry "I don't believe in God." Faith has a problem once it becomes a matter of belief, for if the choice is between believing in God and not believing in God, I might well choose the latter, or worse, I might downgrade the quality of that belief (or the lack of it) to 'unimportant.' The original sin here is that of doubt, the entertainment of the possibility that my faith is now subjected to the test of belief.

Descartes compatriot, the mathematician and theologian Blaise Pascal, had an anxious response to the test of belief. In what's now known as Pascal's wager, he asked: if you had to bet on God existing or not existing, what should you bet on? And Pascal answered: better to bet on belief, for if God existed and you didn't believe in his existence, you were in eternal trouble while if it was the other way, i.e., you believe in God but there's none, well, no harm done, right?

To which Descartes might respond: once a matter has become the target of a wager, it's too late. Here's the formal argument how: for god to be GOD, he should necessarily exist, for what kind of god is GOD if one could conceive a world without one? But the existence of a wager implies that God could possibly not exist and therefore, there's a world without God, however faint a chance there is of ours being so. Therefore: there's no GOD. There could still be gods who descend on chariots from Alpha Centauri, but Star Wars gods are no match for GOD.

No wonder Descartes hid himself in a stove.

The original Cartesian mind found itself in Holland where it was a bit too cold for his body. The only warm space was inside a stove where he enclosed himself while penning his meditations. In my laziness I don't know if he thought and wrote in the heating duct or whether let himself out every few hours and wrote in a frenzy before his hands froze. Let's just say - adjacent possible remember - Descartes thought in the womb but quilled in the cold.

But even his frostbitten hands were never too far from grasping metaphysical concerns. He was worried for his body, but he was also worried for his soul. What if the devil was corrupting his thoughts, making him feel unbearable cold in the Dutch countryside when he was actually summering in Marseille? His answer to that dilemma was brilliant, if philosophically disastrous for centuries. He said:

I don't know if I am actually summering in Marseille or freezing in Leiden, but what I am experiencing is the Leiden winter. While everyone from priests to psychiatrists can deny the reality of my experiences, no one can deny my experience itself.

In other words, the Cartesian demon can fool me into thinking a rope is a snake but even that demon can't make me see a snake if I am seeing a rope.

That assurance was enough for the philosopher to construct an edifice resistant to doubt. But we aren't in the business of doubt removal; we are collectors of demons. The Cartesian demon is a rather powerful one, reincarnating in every generation in a new guise, most recently as Agent Smith in the Matrix.

Next week, I will move ahead by a couple of centuries, when science was no longer as politically or philosophically shaky; it was a respectable profession. Doubts were no longer the driving concern. Instead, people started asking a different question about knowledge:

How much does it cost to acquire some? How cheap can I get it? Even better: can I get some for FREE?

That's a question for a Scottish Satan: Maxwell's demon.