The Collector of Dystopias 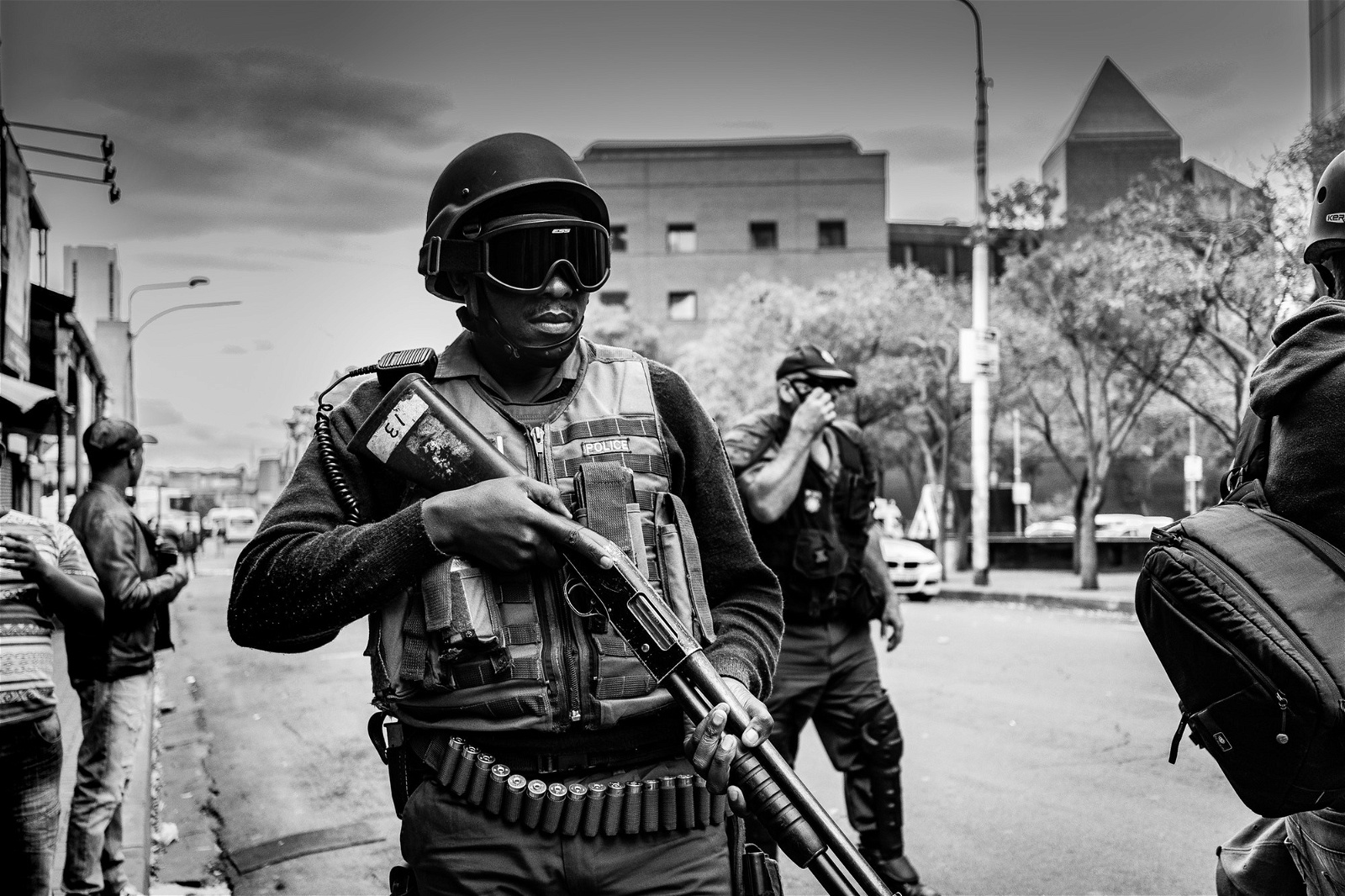 I am a technophile; always was and always will be. It doesn’t prevent me from agreeing with Gandhi’s critique of technological modernity. Instead, we can have fun asking such questions as: What would a charkha computer look like? One thought:

Ok, I am not sure the great man will approve of typing away on a Mac, but what would a charkha computer look like? What problems will it solve? Is it impossible to imagine computing as an instrument of civil disobedience?

I would think not.

Aside: What’s with the “hand in the jacket pocket” pose? Is it a Napoleonic thing or was there some history of posing that way predating the French revolution?

I am definitely in the avengers of the galaxy camp but the mad scientist has its appeal too. Another way of thinking about these two lineages is through two ancient technologies: writing and pottery. Those who want to write the world go the Star Trek route and those who want to shape the world invent a better mousetrap.

Information technology merges the two: it allows us to write and shape the world. We still don’t know what that means, which is why our imagination of computing oscillates between two poles:

One is minimal, the other maximal. There’s got to be a hybrid imagination, a better abstraction that’s about pointing and pushing. The simultaneous reinvention of writing and making will be the biggest thing ever if we can survive the century.

Enough with the good news. One of the best things about technophilia is how it makes bad news enjoyable.

The growth of technology also expands the means through which it imagines its own demise. We can:

Compared to the past, when the world ended (but how?) in a flash followed by a quick day of judgment, we have a million ways in which things can go wrong. Just as there’s an app for every need, there’s a dystopia for every distress. This week has been a good one for dystopians. Trump almost started a war with Iran after they shot down a $200 million drone that was designed to avoid the very missiles that shot it down.

We are lucky that the vehicle was unmanned, unlike the U2 plane that was shot down with Gary Powers in it. Or the Indian version with Wing Commander Abhinandan. Seeing as no one was killed in this game of chicken, Trump cited the disproportionate loss of life while countermanding the order to attack Iran. Can you imagine the consequences of an American spy plane shot down over Iran with actual people in it?

While the current drawdown is a cause for celebration, it doesn’t take much reflection to question the drone version of war. I can think of several dystopian scenarios off the top of my head:

Let’s say Iran recommences its nuclear weapons program and a drone is dispatched to monitor the nuclear sites. Chances are it has a computer vision program designed to detect differences on the ground. Sooner or later, the Iranians will learn how to confuse those systems. Black box attacks against neural networks are remarkably easy, i.e., image modifications that don’t look any different to us but makes the neural network think a cat is guacamole.

So what happens when a nuclear weapons plant is mis-recognized as a field of daffodils? Doh! That’s what a human operator is for. If the drone finds petals where it’s looking for plutonium it can route the feed to a bank of human operators in California (can’t outsource that tech support problem, can you?). But human operators aren’t that hard to fool either. What’s preventing the Iranians from creating a doubly camouflaged plant — one that looks like a petroleum refinery to humans and a field of flowers to a drone?

Easy peasy: any site that looks like flowers to one eye and petrol to the other is fake. Whatever else it might be, it’s not what it seems. Unfortunately, going from what it’s not to what it is is a hard problem. We launched our $200 million toy with a question: is it a uranium enrichment facility? Is it? Undercutting the human-drone nexus casts doubt on the entire surveillance enterprise.

That’s the whole point of fake news isn’t it?

The long term effect of gaslighting isn’t to replace belief A (it’s a field of flowers) with belief B (it’s a uranium refinery) but to overwhelm our belief generating capacity. Which can be replaced by the emotions — usually negative — your favorite propagandist wants you to experience.

The world isn’t as it seems

What’s the lesson here — that the world isn’t as it seems? If so, it’s a tired lesson, since the gap between appearance and reality is one of the oldest puzzles in philosophy. Every culture I know has a version of that problem.

No, what’s new isn’t the wholesale version of appearance and reality in which we are either trapped in the matrix or we are completely free, but a retail version, in which one corner of our mental field is taken over by appearance but the rest is still reality.

When one spot on the screen is either a field of flowers or a petroleum refinery or a uranium refinery and it’s surrounded by people going about their usual lives -farming, selling soap or subprime loans — that’s when we reach peak confusion. If the whole thing is a sham, we don’t have to worry since there’s nothing to ground our beliefs. If the whole thing is real, we don’t have to worry since our beliefs are well grounded. In contrast, our truth-seeking capacities are overwhelmed when every act, every decision and every message is a potential fake.

Information surrounds us at every turn; therefore, attention is the scarcest resource. When attention is potentially fooled at every step, we either become hyper-vigilant — a paranoid existence that was once restricted to spies and dissidents and now everyone’s fate — or give up and watch cat videos while doubt gnaws at our innards. Anxiety provoking isn’t it?