We make a mistake in thinking state socialism is the challenger to capitalism as the most important system of terrestrial knowledge. Instead, the real challenge comes from ecology, not from economy. The mania for growth built into capitalism isn't compatible with the steady state nature of ecological systems as a whole. 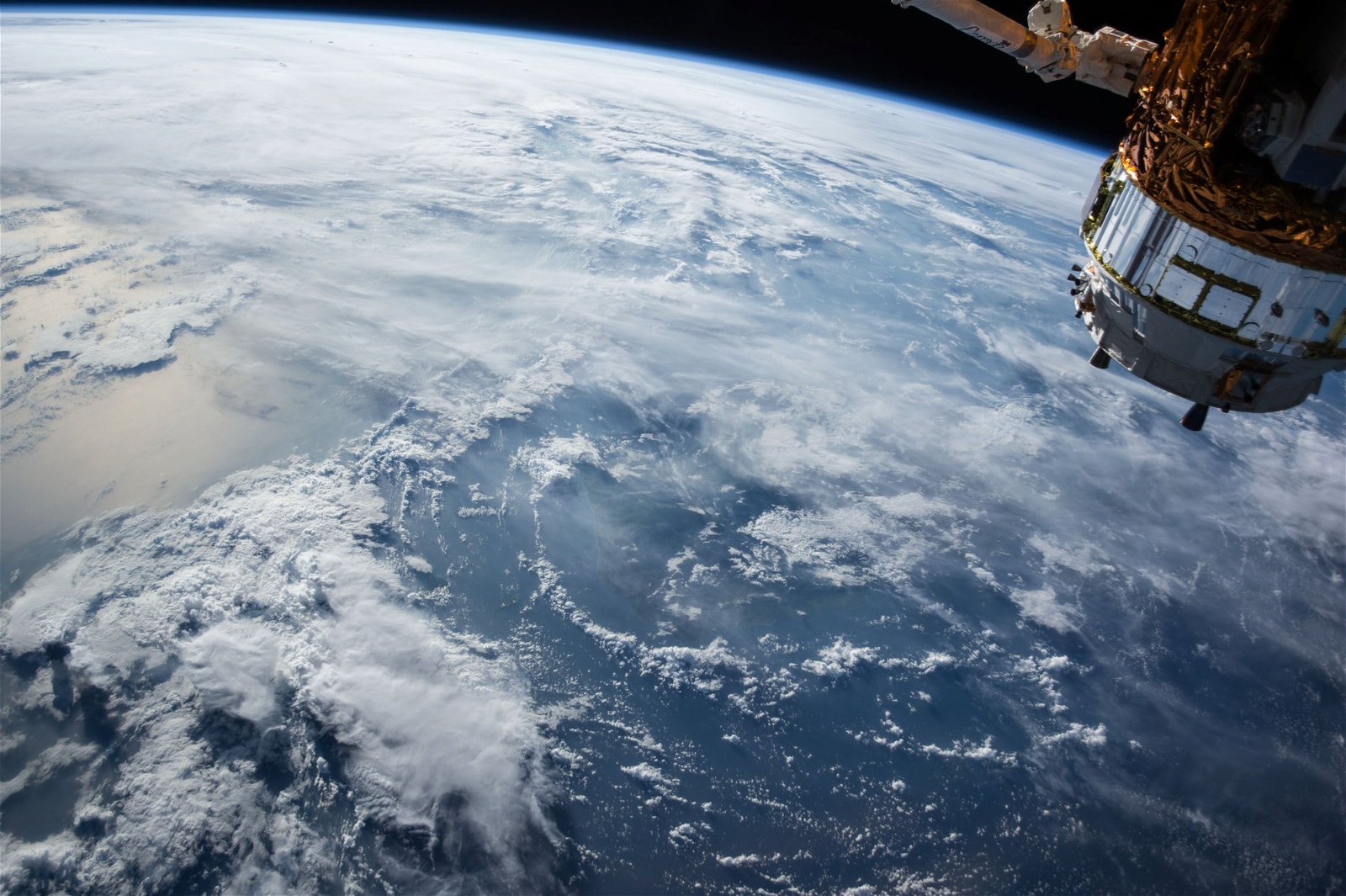 If you have read some of my other writing, you know that the Buddha fascinates me. I am not the first person to be so fascinated; after all, Buddhism was the first organized religion and until the mid-twentieth century, it was the world's largest religious tradition. That's almost two thousand years of spreading the Dharma in a mostly non-violent manner.

But it's not the Buddha as the Buddha who fascinates me as much as the Buddha as Siddhartha. The Buddha is the enlightened one who found the ANSWER. Siddhartha was the sensitive prince who left a comfortable life in search for answers. The Tathagatha worshipped by billions is cool, but not available in any creative sense. I mean, how can you draw inspiration from a semi-divinity? Like Jesus as Christ, it's possible to admire the son of god but it's harder to see how a human being could model her or his life on the one being who's both human and divine.

I am going to stick with the fully human pre-divinity instead. Looking at the afflictions of our age, I don't ask: what would the Buddha do. Instead, I ask: what would Siddhartha do? He was a clever guy, channeling the intellectual and spiritual currents of his time into a coherent view, and creating a social structure - the famous Sangha - that replicated his insights over generations.

We can't stop asking ultimate questions, but we don't have to invoke a deity (or demolish one) in order to answer them. Isn't that what the Buddha did, charting a middle way between agreement and denial? If Siddhartha were to be born today, he would reject the pursuit of theology in both its religious and its scientific versions.

For much of the last two thousand years, theology was considered to be the first science, for the study of the divine being precedes the study of all his creations.

Theology had a good run, first as religion and then its science (see below) but it has reached a creative dead end.

All human societies are knowledge societies and our modern society is no different, but you have to be careful about how you count knowledge. Here's a common philosophical definition:

Some beliefs are more justifiable than others. Open any science 1o1 book and it will tell you that the earth rotating around the sun is justifiable true belief while the sun going around the earth is not, even if it might have been the status quo for centuries. The Copernican shift from geocentrism to heliocentrism is considered to be the defining mark of the scientific revolution, with science replacing religion as the definitive source of knowledge.

Q: Isn't theology associated with religion by default? A: Yes, but I am playing with words, so humor me.

I am using 'theology' in a metaphysical manner, as a way of knowing ultimate and absolute truths. In this scheme, theological religion hypothesizes the divine as the ultimate basis of reality; theological science hypothesizes natural principles as the ultimate basis of reality. In other words, theology places itself at the roots of the tree of knowledge - god in religion, fundamental principles in science - and says everything else is an outgrowth of what's at the bottom.

Historically, Euclid's Elements is the archetype of theological science, since it develops geometry from a few self-evident principles. Never mind that one of those principles turns out to be not-so-evident, leading to the explosion of non-Euclidean geometries, and a theological style of writing that was copied by Newton in his Principia, Spinoza in his Ethics and even leaves its traces in the American Declaration of Independence which starts with "We hold these truths to be self-evident," about as Euclidean a framing as one might imagine.

Aside for another occasion: What is self-evidence?

In the modern era, physics is the theological science par excellence and the Copernican revolution followed by Kepler, Galileo and Newton firmly established the science of mechanics as the theological science of ultimate reality - the physicist's dream being the complete "theory of everything" that explains all natural phenomena as being the outcome of a few physical principles.

Theological religion is a faded carpet. Yes, there still are people writing books about the divine nature of reality but to a substantial extent, theological religion has lost its hold upon our sense of the ultimate. Especially among the elites who have always dominated theological activity, whether in science or in religion.

I wouldn't weep too much - theological religion had a long run; several thousand years in several civilizations. Not too shabby. What happened with religion is now happening with science. In my view, theological science is entering a period of terminal decline. Some signs of why the dark ages are imminent:

Meanwhile, a terrestrial science is emerging as an alternate articulation of our deepest knowledge needs. Its conception of knowledge isn't justified true belief.

Very few of us practice theological science or theological religion. They have always been a specialized fields of expertise. If you take theological investigation as your model of knowledge seeking, you will condemn most human activity as being inferior, or in Rutherford's infamous words "all science is either physics or stamp collecting."

By way of comparison, almost everyone practices everyday science, seeking answers to questions that range from "how do I make money by playing the stock market" to "what do I need to do lower my plastic consumption." These are practical questions with practical answers that can make you rich one day and ruin your retirement the next.

Until recently, these practices of everyday science were local: the herb that cures fevers in my village isn't the same as the root that cures fevers in yours. What's happened over the last two hundred years is the integration of these local practices into a global system of knowledge that's the beginning of terrestrial science.

The process by which local knowledges have been integrated into a global system goes by many names, but I will use the most provocative: capitalism. That name may not cover every mechanism through which knowledge is integrated (what would you call Wikipedia for example?) but it covers the most important cases and illuminates the underlying means of knowledge production and accumulation.

Ever since the industrial revolution, there's been a continuing process of capitalist integration through which local knowledge practices are absorbed within the capitalist system so that local Indian strains of rice become globalized and one Chinese breed of banana becomes the de-facto fruit everywhere in the world. As Branko Milanovic says in his important new book "Capitalism Alone," we now have a universal system of knowledge driven production with the only variations between liberal capitalist models of which the US is the most important exemplar and authoritarian capitalist models of which China is the most important exemplar.

Unlike the theological tree of knowledge that aims to be a pine, the capitalist tree of knowledge is a banyan tree, taking root in multiple places and bringing them into the orbit of the tree as a whole. No wonder, many people think capitalism is the ultimate answer to the questions of life, liberty and the pursuit of happiness. State socialism certainly appears to be less efficient than market capitalism in providing those benefits. Of the various problems with state socialism, let me point out one: the Soviet Union was an exceptionally inefficient emitter of carbon, with its emissions per capita of GDP much greater than those of the US. The same pattern is replicated in China since state enterprises don't have the same incentive to be efficient as private enterprises.

I am reluctant to nominate capitalist modernity as the end of history. We make a mistake in thinking state socialism or socialism of any sort is the real challenger to capitalism as the most important system of terrestrial knowledge. The real challenge comes from ecology, not from economy. To give just one example: the mania for growth built into capitalism isn't compatible with the steady state nature of ecological systems as a whole.

The conflict between economy and ecology is a symptom of a bigger problem: capitalism is an anthropocentric discipline at its core. It's only concerned with human life, liberty and the pursuit of happiness. However, humans aren't a divine abstraction unconcerned with the other beings on this planet - we are entangled with all of them.

Capitalism is fast approaching its Copernican moment: just as theological science replaced theological religion by rejecting geocentrism, I believe that a true terrestrial science will start with replacing anthropocentric capital with something else. For example, consider the rushing development of Artificial Intelligence (AI), which is likely to be one of the dominant forms of knowledge production in the near to middle term: what's the current "Holy Grail" of AI? It's Artificial General Intelligence, or AGI, i.e., a robot that's intelligent in the ways we are.

Isn't that anthropocentric? Why is intelligence synonymous with certain kinds of human cleverness?

Instead, let's also note that AI might help us inhabit the minds of other creatures way better than we have been able to so far. In the famous Turing test, the Computer Science and AI pioneer Alan Turing imagined a world in which we won't be able to differentiate humans from computers if we only had access to their behaviors.

Popular Buddhism spread through stories as much as high minded philosophical doctrines. The Jatakas recount the previous lives of the Buddha. It's amazing how often that prior birth is as an animal; the literature of that time was keenly aware how human beings are deeply entangled with other creatures. What would a modern day Jataka look like? How can we travel in and out of the minds of other creatures? This strikes me as a pre-eminent problem for terrestrial science.

Of course, emulating the minds of other creatures will be one of many future challenges. Much more effort will be spent on ensuring the viability of the various ecologies that currently support life on earth and are increasingly under threat because of climate change and general ecological collapse. Also, the Turing test is too low a bar. We are easily convinced by seemingly trivial displays of intelligence. There's no reason why monarch butterflies are better than us: perhaps they too will be easily fooled into treating a robot as a conspecific, a fellow butterfly.

Those problems lie in the future - for now, let's just acknowledge that we need to imagine a new terrestrial science that embraces all the beings on this planet and launch a million speculations on what it's like to go beyond the human world.