Why stick to linear arguments thick with text? Can we make sense of the world by skipping from word to song to figure? Why not connect the new when the old world is collapsing of its own contradictions? 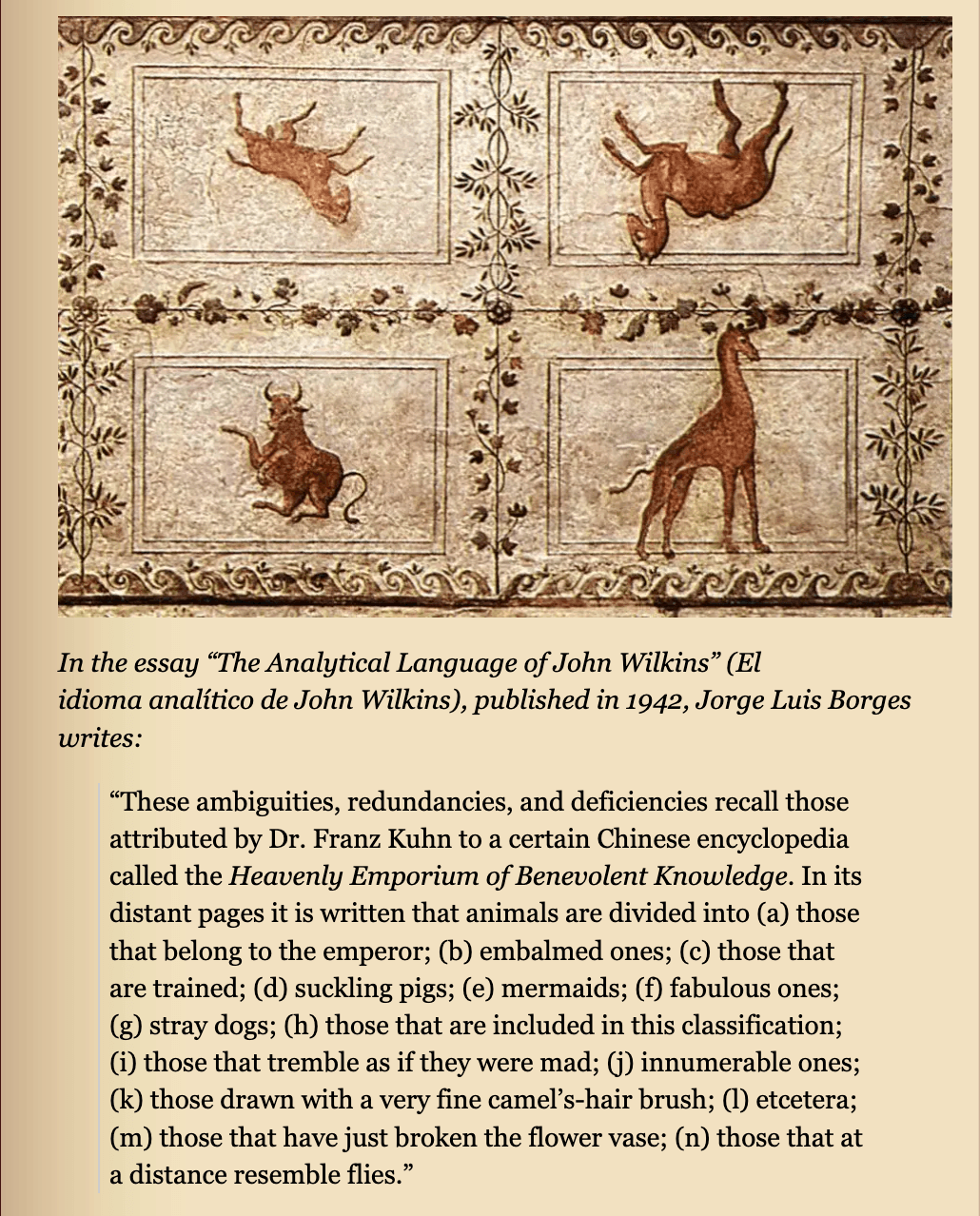 The answer, perhaps, is: everything. Another answer: nothing. That’s because we have taken Aristotle too seriously, starting our inquiry by looking for common features. Especially if those common features are captured in a definition.

Aristotle likes definitions. They are secure, bankable pieces of thought. And they get rid of stupid questions about fountain pens and elephants - of course there’s nothing in common between them.

But why are commonalities the starting point of investigation? Why do definitions rule our lives?

Definition: A bachelor is an unmarried men.

Some married men live like bachelors and the Pope is an unmarried man but isn’t a bachelor. Is there an alternative to the tyranny of essences? Here’s an intriguing passage from Anna Tsing’s book “The Mushroom at the End of the World”:

The opposite of essence is profusion, starting with connections instead of commonalities. Blinded as we are by definitions, sometimes the connections make sense. Sometimes they don’t. Either way, we replace ‘boiling things down to their essence’ with ‘grow the tree into a forest’. Or to put it another way:

Just kidding. Or perhaps not. The sage of Stagira was a smart man but it might be time to question his rules. Especially if we want to hop from reading to reading like I promised

Why stick to linear arguments thick with text? Can we make sense of the world by skipping from word to song to figure?

Especially when the old world seems to be collapsing of its own contradictions. Why not connect the new?