When Platforms transform in to Worlds, Attention Capture is replaced by Attention Constitution 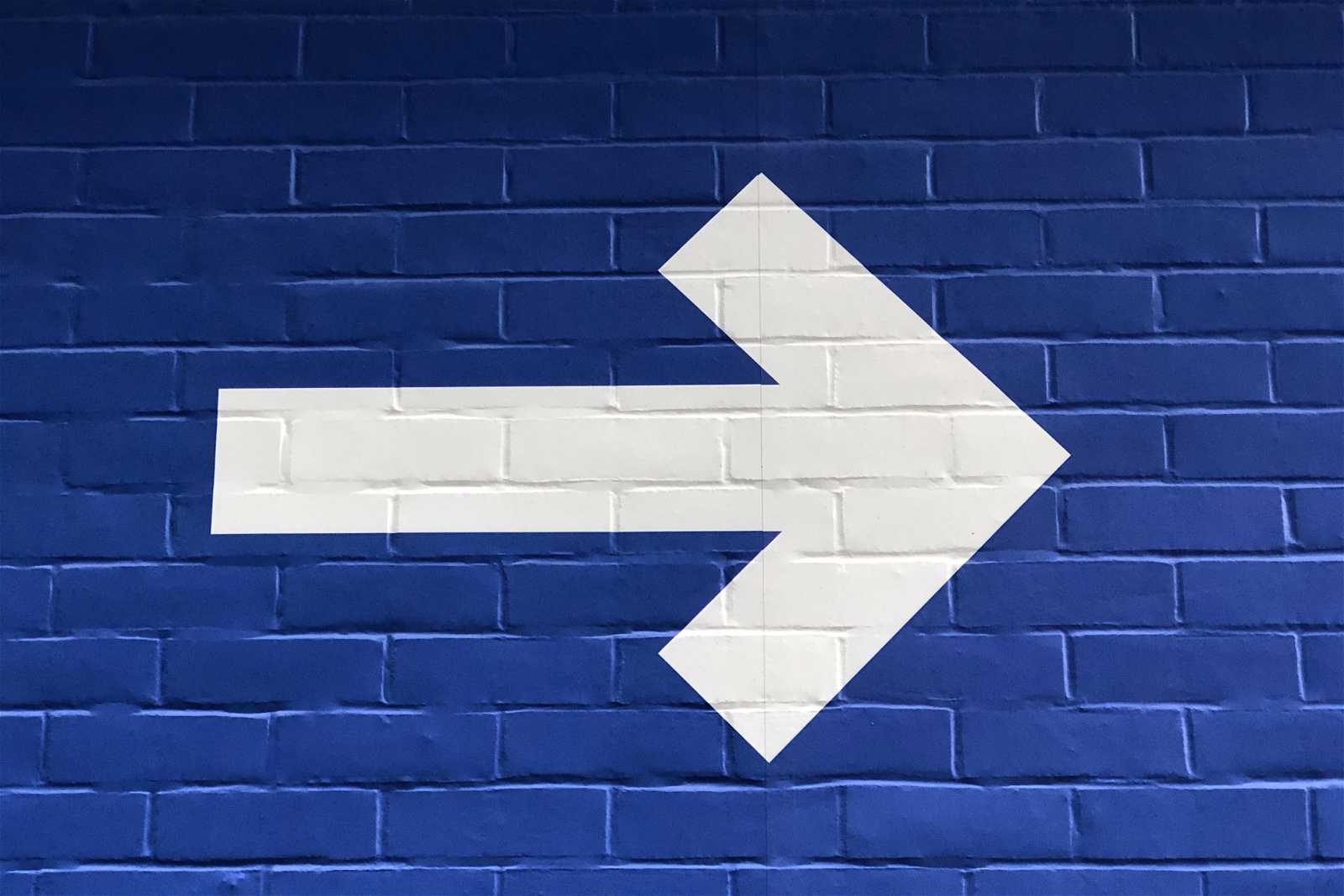 I was going to write the first summary of Matthew Ball's writings on the Metaverse, but have to put that on hold as last week's news sinks in: Facebook is renaming itself as Meta, with a new stock ticker: MVRS.

Which came with a demo from Z himself:

Zuck is signaling his commitment to the Metaverse by changing the name of his trillion dollar empire - he was already spending $10 billion a year on metaverse related purchases and investments.

You know the idea of the Metaverse is going to get traction when a company as large as Facebook decides that it's going to invest in it. Google did the same with AI not too long back. But Facebook is doing a lot more than investing in the Metaverse - it's changing its name to reflect this investment: it's saying Facebook is only one brand in THE metaverse company. That $^n investment in the Metaverse, which should make us all shiver for so many reasons:

Of course Facebook wants to deflect its troubles away, and I am sure that's one reason for renaming the company. I doubt if it's the major reason though, for there's 👇🏾

Do remember that Facebook started out as a desktop first company and was slow to recognize the importance of the mobile internet. Took a long time to develop a half decent smartphone app. But over time FB became the biggest investor in mobile social networking: it owns Instagram and Whatsapp, and is the dominant way in which people in many parts of the world communicate with each other. So why would they miss the opportunity to harvest our thoughts for ads in a new medium?

But that's not the whole story. At some level, Facebook does't want to be a site on the internet - it wants to BE the internet. Which it is in some places and it took a lot of activist energy to prevent that from happening in India with its internet.org initiative. But if the metaverse is the internet on coke, then Facebook wants to own the supply.

And in my opinion, it boils down to its trouble today and the model of attention capture that define Facebook's successes and (which is the same thing) its failures.

Facebook wants engagement now (since that drives clicks and ad revenue) and will want engagement in its Meta avatar. They realized that angry posts have more engagement and so do angry responses. Since the feed is algorithmically curated, they can weight posts with angry sentiments over others and also show you posts that get more 😡 responses than those that just get 👍🏾. Multiply this algorithmic boosting of anger by two billion and you get Brexit, Trump, Modi and Bolsonaro.

Attention Capture is central to the boosting of anger. If we assume that human attention is both fickle and finite, then every online retailer and platform has to fight for a slice of attention. By offering a PLATFORM where you are triggered by one angry post and when you tire of it, have another angry post, Facebook is making sure that your fickle attention is captured by their platform. It still means that every media publisher who is out there pushing fake news is fighting for your attention on Facebook, but they get to reap the network effects of that race to the bottom.

Think about it this way: if Google has made billions (trillions?) by creating a platform that owns much of our information seeking behaviors, then Facebook has created the dominant platform that captures our emotion (typically negative) seeking behaviors. Both are capitalizing on attention - Google by directing us to information where our attention has already been captured (Let's say I am already interested in having Thai Food but want to know where's the closest restaurant) and Facebook by triggering us into liking or disliking Thai Food because a friend posted a picture of their Thai meal. They are, of course, competing with each other to make sure your search ends on their platform.

But that era is beginning to face regulatory scrutiny in the West and even worse, young people might be instinctively averse to attentional capture of the FB kind.


So what next? As usual, Stratechery has a good analysis of Facebook's decision making:

The seeds of this move are there in Zuck's vision from the very beginning, which is that Facebook is about connecting people wherever they are on the internet. Before the smartphone era, people used to be on their desktops and laptops; and then they were on their phones and after COVID, they are more and more likely to be online for work as well as play. Zuck wants to capture that shift and make sure people live and work in the world of his creation. Some people think this brave new world is hard to achieve:

I disagree. The metaverse is a powerful idea precisely because its evolutionary rather than revolutionary. I'll go back to the diagram I drew in last week's essay:

Immersion is the only 'new' thing in the metaverse: we got interaction with smartphones, intelligence with Google and and Identity with Blockchain. Human centered computing has (at least) two reigning metaphors:

The first is the computer as a mental telescope, an instrument that helps us think thoughts that we would otherwise not be able to do so. The mental telescope metaphor starts with Vannevar Bush's Memex and Douglas Engelbart's ideas about augmenting the human intellect. Or as a direct precursor to today's internet, Ted Nelson's Xanadu project. The company that has made the most money/impact out of this metaphor is, of course, Apple. You could say Steve Job's vision of computing was to make money out of the mental telescope, which he managed to do so with the Mac and then with the iPhone.

It's precisely the stranglehold of the mental telescope that's preventing Zuckerberg from making even more money than he already is - Apple's focus on privacy is preventing Facebook from tracking our behavior on Apple devices. Facebook is the only one of the major tech companies that doesn't have its own operating system or exclusive access to a family of devices. Which is why the other metaphor for the human centred internet (the connection machine, so to speak) is compelling to Z for business reasons as much as anything else. And since we are embodied creatures, the culmination of the connection machine will be digital worlds we inhabit with others.

PS: just because it's human centered doesn't make it humane. Just because a technology makes it easier for us to compute doesn't mean that out computations will make the world a better place. Our anger is easier to harvest at scale than our wisdom.

It's the shift from Facebook as PRODUCT to Facebook as PLATFORM to Facebook/Meta as WORLD. This is just the natural evolution of the internet, from websites to platforms to worlds. And because WORLDs aren't new or revolutionary, it makes no sense to diss them as billionaire's toys.

OK, there's an enormous amount of hype around immersion and the demos push that vision, because that IS the cool new tech being peddled. Here, the criticism gets it right:

We've had a perfectly functional version of Gibson's cyberspace since the popularization of the World Wide Web in the mid '90s (or earlier if you were into BBSes). We created the metaverse when millions (now billions!) of devices became connected simultaneously, able to access information from anywhere, linking people across continents in mere seconds. The point was never that cyberspace needed to look like the internet in Johnny Mnemonic. Can you imagine having to use that shit just to make a phone call?

It's true - no one needs the metaverse to make a phone call, and I, for one, don't need to have my virtual avatar chat with another virtual avatar in order to 'make a connection.'

But over the past year, I have made a substantial behavioral shift - my default mode of interaction is the video call (Zoom, and less often, Meet) and no longer the audio conversation. We have moved much of our behavior online because of the pandemic and with all the Zoom fatigue, I am willing to believe that virtual worlds could potentially improve that video calling experience. Yes, the technology sucked until recently; can it improve to the point that we can shift from platforms to worlds wholesale? Zuck is betting the farm on it. As Ben Evan says:

Ultimately, the real battleground is over experience, what it feels like to be in a digital (or hybrid) world with others and what one does with them. The importance of experience is a natural outgrowth of Facebook's (and now everyone's) recognition that attention is the key variable in the era of cognitive capitalism. What we are seeing is the shift from Attention Capture to Attention Constitution, i.e., instead of fighting for your attention for objects in the world that pre-exist, own the world in which all the objects are the company's property.

Some of you might know or even have lived in a company town in which everything belonged to the company - not only the factories where you worked, but also the stores where you bought your food, the courts where you played squash or badminton, the school where you learned how to read and write. The Metaverse is a virtual company town in the making, but at planetary scale: it is meant to constitute (i.e., make up) your life and all its goals. Which is an incredibly dangerous direction for us to go, for it should remind you of the Matrix:

While the Matrix analogy is obvious, it's misleading in one very important respect - in the movie, humans were strapped to their machines while experiencing a virtual world as if it were real, which makes us sound like passive recipients of false consciousness. But in reality, what's far more likely is what's happening today: that instead of being passive, people will act out their false consciousness in the real world, destroying lives and slashing forests because they 'see' a different world from ours. Fake news might be replaced by a fake world, but the anger will be real.

Of course, the technology might simply not work, even after the Googles and Facebooks pour billions into it. However, focusing on the negatives of 3D immersive tech is the wrong interpretation of the metaverse - what Zuck wants more than anyone else is to control our sense of reality. 3D immersion is merely the means: the constitution of attention and the constitution of life is the real goal and it doesn't have to take the form of creepy robotic avatars.

But the constitution of life is already happening in cities on the other end of the Pacific from Facebook's headquarters. Name the major country in which Facebook does't operate and then ask, why have they not allowed the Blue Thumb a foothold in its system? In the long game of the metaverse, the man to watch isn't Zuck but Xi Jinping. After all, the complete and total constitution of life, liberty and the pursuit of happiness is the declared aim of the Chinese state.