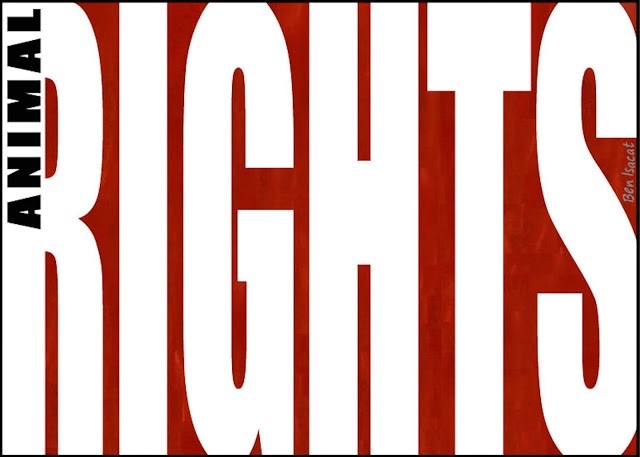 Every year about a hundred billion animals are slaughtered for human consumption. Closer to home, India has become a major exporter of beef, mutton, poultry, and dairy by-products, despite political posturing about the welfare of animals. These animals are often reared in torturous conditions, transported to slaughter in alarming ways and killed in great pain. In addition, the use of animals in medical and cosmetic experimentation continues unabated with weak punitive measures, and deep cultural apathy. We would imagine that progressive groups would stand up against the suffering of fellow beings but for the most part the left hasn’t adopted animal rights as one of its signature demands. The lack of concern for nonhuman animals is especially true among the left in India, with our deep unease over the caste and communal dynamics of Hindutva-inflected “animal protection.” At Animal Left we aim to challenge the omission of animal rights from the progressive agenda, believing that it is morally, politically, and logically imperative to disentangle real questions of animal rights from the violent and purely symbolic politics of right-wing “cow protection.” In doing so we also want to create a unique left narrative on animal rights that recognizes co-suffering and oppression across human and non-human animals. In our understanding, the left, broadly construed, adopts three interrelated positions:

It’s through these linked understandings that the left has argued for the dignity and equality of all human beings irrespective of gender, race, caste, sexuality or disability. That has led to striking advances across the world, making our mark on government policy, international agreements and checks on the behaviour of corporations. For example, the Indian constitution enshrines (some of) these principles.

More recently, the left has expanded its focus to include climate change — and ecology more broadly — as a key concern. In fact, the traditional concerns of the left have greatly benefited the climate movement as a whole, helping shift the focus away from a numerical assessment of emissions to the recognition that climate change is deeply intertwined with capitalist modes of production and exacerbates existing injustices since it threatens marginalised communities more than it does the wealthy. In return, the introduction of climate concerns has energised the left in many parts of the world, brought young people into the struggle and created ambitious policy agendas such as the Green New Deal in the United States.

The latest IPCC report on climate change and land makes it clear that reducing meat consumption is essential. But as the world moves one way, the Government of India sees the expansion of animal agriculture as a way to absolve their own responsibility towards sustainable livelihoods for farmers, and is working to move out of traditional plant agriculture altogether. The role of animals in the agrarian economy can’t be divorced from other material transformations affecting farmers, consumers of food, and residents of vulnerable landscapes across South Asia. For these reasons, we believe that the concerns of the traditional left and those of the animal rights movements are converging, both at the level of desirable actions (eating less meat, for example) and the realization that the crisis has arisen out of an interrelated series of causes.

That mutual strengthening of solidarity should be welcomed by those who work on animal rights and the traditional left in India and elsewhere. Industrialised factory farming — the colloquial term for Confined Animal Feeding Operations (CAFOs) — of animals has long been increasing in India. These farms cause immense suffering to animals, but they are also capitalist enterprises which take a lot of investment and consume more than their share of land, water and feedstock; they also leave a trail of environmental pollutants and poor labour safety. Those who work in the exploitative conditions of mega-slaughterhouses are likely to be poorer, lower-caste, and Muslim — not because these are “traditional” occupations, but because these are economically vulnerable populations. The ending of factory farming should be on every progressive’s plate.

Progressives should also look beyond the nexus of animals and meat, to consider animals in sport and entertainment; animals in experimentation; and the role of increased dairy consumption by upper-caste Indians in the exploitation of the “mother cow.”

For these reasons, we believe that it’s time for the left to embrace the rights of animals and create a new Animal Left. By bringing our moral concerns and intellectual tools together, we can create a more effective movement for justice at a time when there’s increasing pressure to conform to old hierarchies. In contrast, we believe in an intersectional movement for justice for all beings that transcends caste, gender, race, community and species.

We also recognize that India has a long tradition of concern for nonhuman beings, that Jain, Buddhist, Muslim, and Hindu traditions have long recognised the continuity between human and nonhuman beings and that these traditions of nonviolence influenced justice struggles in modern India, including the independence struggle. In short, we don’t conflate left with the west.

The Animal Left blog is our attempt to bring those who care about animal rights in conversation with those of us who come from the political left. We hope to cover a gamut of issues:

We invite participation — both constructive and critical — from those who share our concerns. We take a creative approach to the topic — we welcome artistic, literary and grassroots perspectives alongside academic and analytic analyses. This is just the beginning of a long journey towards the liberation of all beings.

Originally published at https://www.animaleft.com on August 14, 2019.