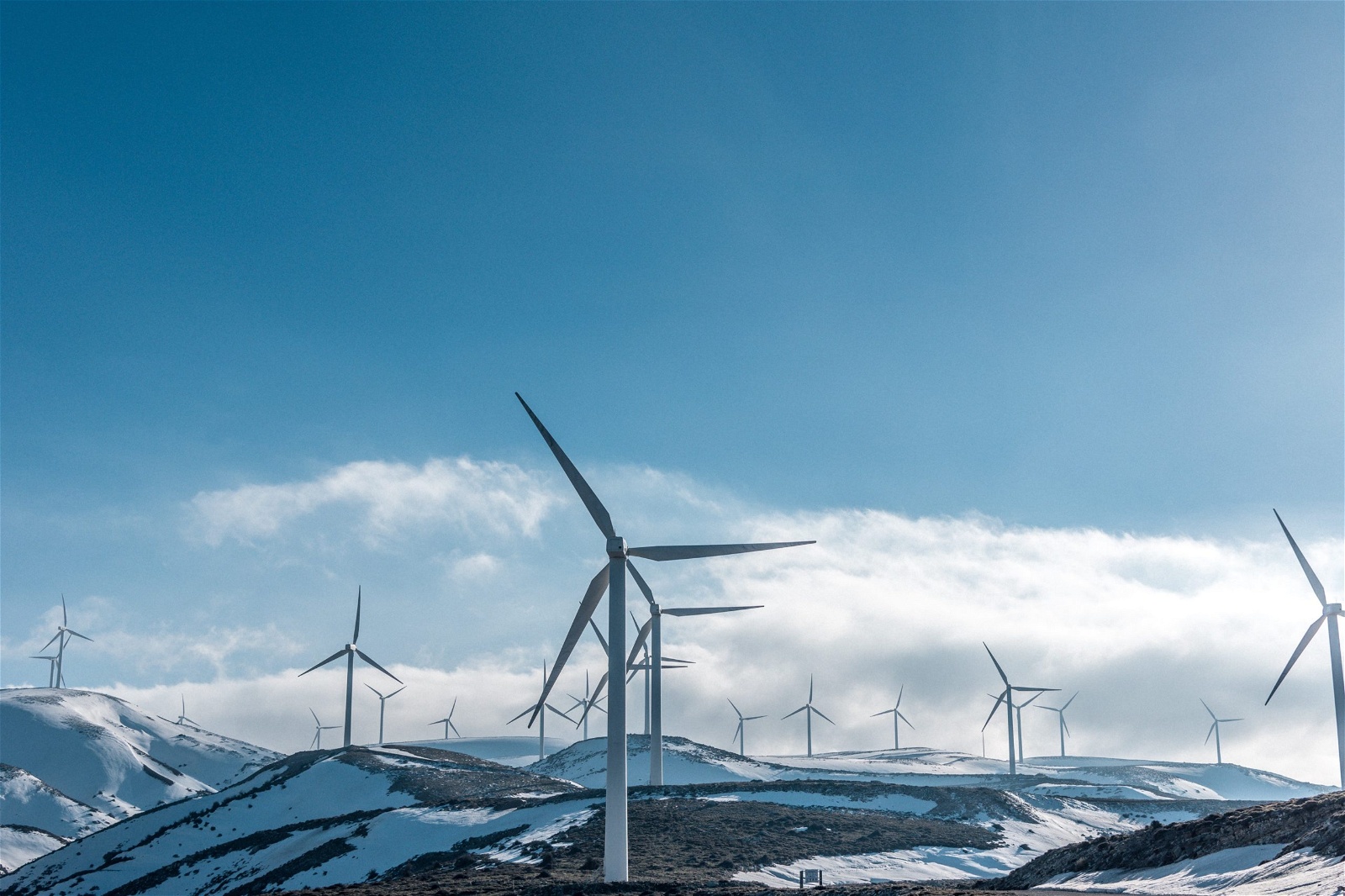 Photo by Jason Blackeye on Unsplash

Institutions are the mechanism through which we impose collective order upon our lives. Some institutions are tacit, such as customs, habits and rituals. Why do people in many cultures drink and write with their right hand? Is there a law on the books that says so — usually not. Others are explicit — laws, contracts and constitutions for example.

And of course, the institutions that command our attention are closely tied to the technologies we have on hand. Constitutional rule needs writing. Algorithmic governance requires hypertext and computing.

Written or oral, old or new, inscribed on stone tablets or electronic tablets, institutions have left their mark on history. Every era is associated with its own set of institutions. Aristocracy has the divine right of kings, democracy has parliaments. What comes next?

What era are we in today and what institutions does that era need?

The claim is that we are now living in the anthropocene, an era in which humans are a geological force. While the beginning of the anthropocene is contested, if we take a objective metric such as command over energy and material flows, the anthropocene is a post-world war II development. While we killed off the wooly mammoths well before WWII and agriculture took over large parts of the earth’s surface in the premodern era, we weren’t titans straddling the earth before the development of the military industrial complex.

Calling our current era the Anthropocene places us in a continuum with the cretaceous period and the pleistocene, and in doing so, it naturalizes a range of human acts that are firmly within the political. If anything, it’s more interesting to turn meteorites and dinosaurs into political agents than to remove all agency and responsibility from humans. We can’t understand our current world without understanding the political economy of matter, energy and information. The Orangutans we are wiping out in the name of biofuels deserve a better term.

I believe that term is Geocracy. Geocracy starts with the knowledge that humans are world straddling animals; that the Earth is in Human Hands. Another starting point: that we have multiplied the possibilities for chaos and catastrophe through our relations with the nonhuman world. Geocracy is politics returning to first principles, i.e., the widest angled lens that offers understanding of our planetary predicament, which is:

Of course, we aren’t the only agents who affect change — arguably we are just vehicles for competing species of bacteria. But I am not a bacterium.

The Entry of the Nonhuman

I want to say that the single greatest development in human affairs in the post WWII period is the entry of the nonhuman. In fact, we could say that the period starts with a bang: with the bursting of the nuclear bomb. With those two explosions, it became clear that the non-human was a permanent force in human affairs.

Will civilization end? Will we be smart enough to overcome this crisis? We don’t know but whether we overcome it or not is besides the point. We lived in the nuclear shadow for half a century but that’s gone now — not that the threat has been completely removed — and it’s been replaced by climate catastrophe. The fact is that the nonhuman has entered the human arena and will not go away. After 1945 we have always lived under the shadow of an apocalypse forced upon us by the nonhuman world — could be nuclear weapons, could be robotic overlords or more recently, climate catastrophe but some calamity induced by the human interaction with the nonhuman world is always present.

Not that nuclear holocausts are anything like climate collapses. Solving the nuclear weapons crisis is nothing like addressing climate change. Therefore it’s important not to confuse the entry of the non-human into our affairs with any specific solution. You may want to extend rights to animals. I may want to protect rainforests. He may want to focus his efforts on carbon sequestration.

It’s a bit like European expansion into the rest of the world. Starting with Columbus’ voyage to the Americas, Europeans colonized much of the earth. That lead to dreadful catastrophes such as the genocide of the Americas and Atlantic slavery and later, the colonization of India and Africa, but independent of the moral consequences of that expansion, from that point on the societies of Europe were tied to societies elsewhere in real time. European parliaments had to debate the rights of Native Americans, Black people, Indians and anyone else who came under their thumb. Their factories were fed by cotton coming from the tropics. Their newspapers were full of stories about these new peoples.

Similarly, the nonhuman world penetrates our lives today. Every newspaper runs stories about bacteria and how they might be involved in regulating brain function. Every newspaper talks about climate change. Every newspaper talks about robots taking our jobs. We are only half a step away from planned engineering at a global scale. However it happens, the economics and the politics of the future will involve shaping the earth and recognizing the extent to which we are shaped by it. The human abstracted from the planet is no longer a viable category. To be human now — and one might argue, this is the first time that we have truly been human — is to be a member of a category stabilized by the non-human.

How long will that stability last?

We will have to look beyond the horizons of liberal politics (and its detractors such as communism and fascism) in order to understand that question, for liberalism is the primary institution through which the human has been stabilized.

We need more politics, a better politics. That politics should start from first principles.

Politics has a bad name in most circles I inhabit, both in India and in the US. There’s a brand of technocratic politics of the Larry Summers kind that’s admired but for the most part politicians are ridiculed. We are reaping the harvest of that neglect. As far as I can see, there are two ways of approaching the gap between life and politics:

Liberalism does a better job of exporting its violence by using the nonhuman world as its target instead of the authoritarian who draws the boundary a little closer, within the human world itself. Nevertheless, the two are structurally similar (I wouldn’t say identical).

I might even argue that the liberal order is more dangerous: it’s harder to argue against and because of its overt concern for human welfare, there’s the possibility that we will step unknowingly into catastrophe like the proverbial frog in the boiling cauldron.

It’s possible that the election of Donald Trump as the president of the United States will hasten the extinction of the human species. It’s also possible that the election contributes nothing more than the usual run of wars that every American president starts or continues. It’s even conceivable that by pulling the United States away from its manifest destiny, Trump will do us all a favor.

What does the US election have to do with human power? How is a wave for Trump in Michigan related to a general human stance toward the nonhuman world? Isn’t it a category mistake to compare the election of a right wing authoritarian with an abstraction?

Human affairs are influenced by their context. The debate is over what is a legitimate part of the context and what can be safely neglected. For example, it’s uncontroversial to say that Trump’s election has something to do with the failures of industrial capitalism in the US.

However, does his election have something to do with ongoing fossil fuel extraction? Does it have something to with factory farming? In other words, why should we stop at the social? Why not include the natural in our analysis of human affairs? After all we are the dominant species on earth today; to give just one number, humans control between 25 and 38% of NPP (Net Primary Production) today. Isn’t it obvious that control over that much energy and information needs new institutional structures?

What institutional structures though?

Our new geocratic institutions should be as interested in energy and information flows as they are in GDP figures. Then there’s the technical shift from normal distributions to distributions with fat tails. As a result, we can articulate a different idea of populations than the one available to the theorists of our current democratic institutions. That shift in our understanding of probability and statistics, in turn, inspires an entirely different idea of human which can accommodate the nonhuman.

It’s possible that these shifts can be accommodated within the structures of liberalism, just as the New Deal era incorporated labor demands within liberal politics. There’s a lot of interest in a Green New Deal in the United States and chances are something like a global green deal will be necessary to address the climate crisis. One reason to be skeptical of liberal solutions is because China isn’t a liberal society, so whatever we do at the global level will have to include their visions of political order. The fallback is to institute technocratic solutions at the global scale but that strikes me as less than optimal.

More about those technical shifts in future essays; let’s start with a few surface features of geocracy.

In 2016, human control is global, concentrated in a few individuals and institutions and spatial distributed horizontally as well as vertically; horizontally across the earth’s surface and vertically from the scale of cells to the scale of societies. Having said that, let me turn my eyes to the very top of the pyramid. It shouldn’t surprise us that in 2018, thirty years after the end of history, the largest countries in the world are ruled by authoritarian leaders: Jinping, Modi, Trump, Bolsonaro, Putin. It should also not surprise us that rise in authoritarianism is tied to economic and financial globalization, widespread surveillance, factory farming and climate collapse. In fact, these four are defining features of human power today. Let me expand on that a bit more; our control over the earth is:

If New York’s fifth avenue is the epitome of human welfare — I know some will dispute that claim — then factory farming and fossil fuels are the devil’s factories. We can’t understand the racism and the nativism of human society without understanding the factory farming machine that feeds it, the fossil fuels that power it and the computer networks that measure it.