Epistrons: The Design of Knowledge 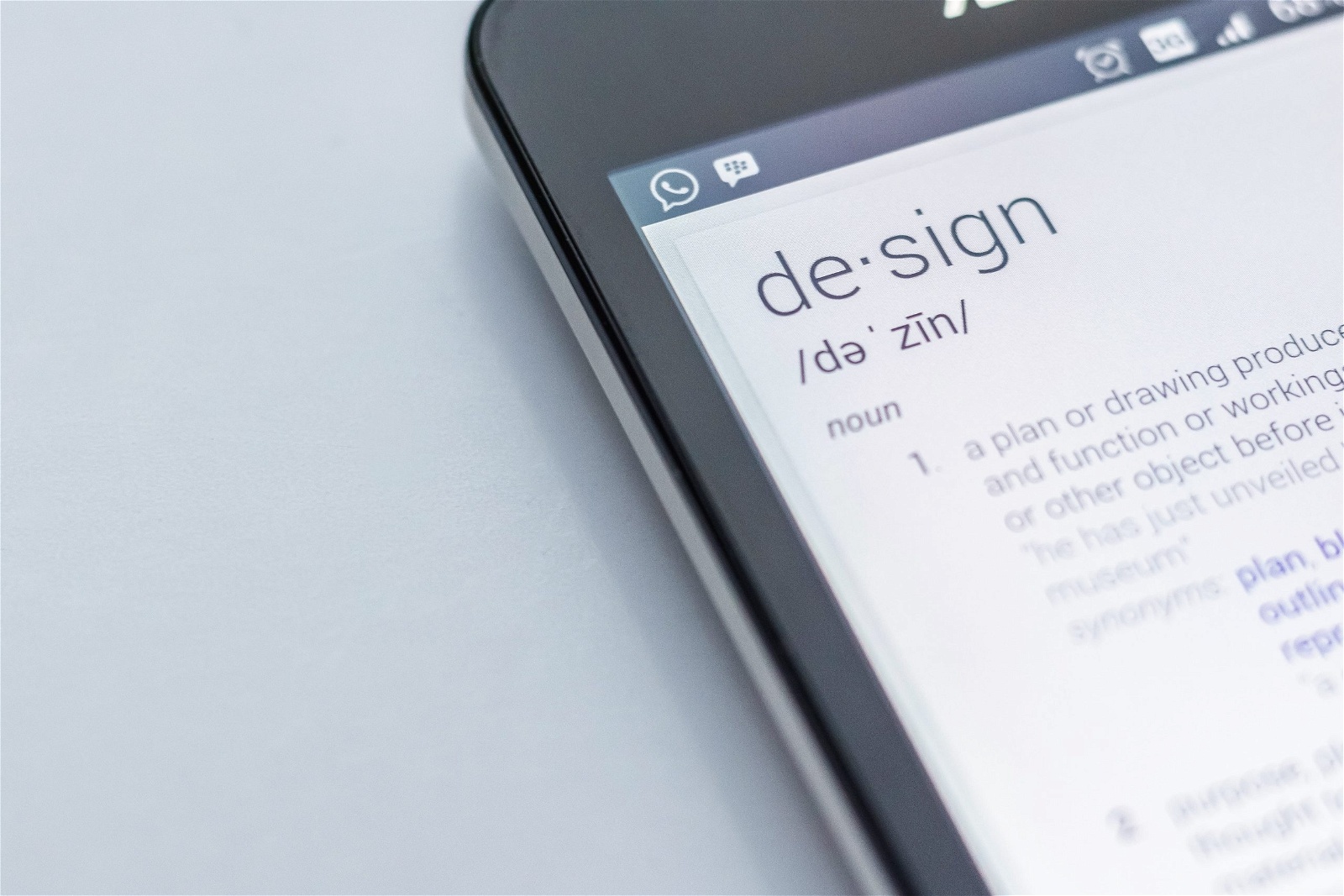 I love and hate philosophy in equal measure; love it for its sustained engagement with abstract concepts and universal arguments and hate it for its parochialism.

How can something be universal and parochial at the same time?

I too am mystified by the contradiction, but it’s a fact; the parochialism is only increasing. When I think about it, it’s not surprising at all: every discipline that’s matured has broken away from philosophy. Now that we live in a knowledge saturated world, the study of knowledge itself is becoming a domain of its own. What’s left is turning inward; philosophy itself is breaking away from philosophy.

At the other end of the hype spectrum lies the golden age of Artificial Intelligence, where Socrates is being reborn as an AI in a Palo Alto garage. It’s not as if I am immune to the hype — I think we are in the middle of a major shift in which philosophy is developing a new interface (a new API in geek speak) — with design and engineering alongside the older interfaces to science, religion and literature. That interface mirrors the shift toward synthesis from analysis: to know is to make.

However, like any radical shift, the ratio of hype to substance is high, perhaps unacceptably high. That’s where I see an opportunity: to sift through the froth of machinic hype and to reveal what I believe to be a real revolution in human understanding. If you’re in a hurry, you might just want to click away after digesting my main slogan:

Design will be the universal organizing principle of philosophy in the 21st century, replacing logic which performed that function from the late nineteenth century until now.

So let me present the case for design amidst the ruins of wisdom.

We all have to start somewhere. I like to start with the world, or what Indians call samsara. It’s what we take for granted. The world reliably presents itself every time we open our eyes. Rocks are rocks. Trees are trees. There’s no danger of falling into a wormhole by mistake. The world is so reliable that we can forget about it entirely and worry about the devil corrupting our perceptions, as Descartes did, or invent new instruments to probe its contours as scientists have done since antiquity.

Unfortunately for us, when we probe the world it reveals itself as being completely different from the blanket that surrounds us day and night. Both trees and rocks turn out to be mostly empty space. Day and night are themselves by-products of the earth and its inhabitants hurling themselves around the sun.

So what is the real world? Is it the firm earth beneath our feet or the trillions of atoms into which that earth dissolves? Is reality in front of all of us or hidden behind a veil that parts only for the wise? The contradiction is maddening, and it propels humans to invent ever new forms of knowledge to unravel the knot. So much so that our invented knowledge is beginning to cover the world like a second skin.

I believe it was Mark Weiser who coined the term ubiquitous computing, to denote a world in which computing has escaped the confines of the desktop or laptop and spread throughout our physical environment.

Here’s another way of thinking about ubiquity: instead of computing being a special mode of interaction on a keyboard, mouse or screen, imagine that the entire world was a computer that responds appropriately to every move we make?

Isn’t that true already? I mean every object: stones, trees, rabbits, dictators is available to us in its own way and in doing so, it is an object with which we can compute. Perhaps we didn’t need to invent mainframe and desktop computers first and then work really hard at unboxing the desktop in order to turn information loose in the world; the geeks who made the world (in seven days? in four billion years?) ensured that it’s a computer that responds to our every need. Human inventions are merely the next layer on an infinite cake of information and knowledge. What do we do with this layer cake?

Should we mine the world for information or simply collect what’s falling from the trees?

The miners have had the upper hand for the last fifty years and their dominance is accelerating. We have always collected information, but the speed and scale at which it’s being done now has no precedent. Some of that information is self-organizing with (more than) a little help from the miners. What happens when the matrix rejects its creators?

We live in increasing fear of our robot overlords, but I believe stupidity is as likely to kill us as cleverness. Let’s imagine a peaceful action gone wrong: suppose a pacifist tech zillionaire commands his favorite robot to steal the nuclear stockpile of every country in the world and bring it back to him.

The robot is smart at what he does; much smarter than the grunts who guard nuclear bombs across the world. Plus, it’s not afraid of dying; death for a robot is only a chance to become 2.0. Reincarnation works better for robots than for humans. So our intrepid robot arrives at a secret stockpile somewhere in the mountains of Nevada, a place so secure that mentioning it in this piece will get the NSA knocking down my door. It disarms the guards and the alarms instantly — nonviolently of course.

Having secured access to the nuclear arsenal, the robot dials back to home base — the zillionaire’s penthouse in San Francisco. Z is having his evening snack of kale chips when the call arrives.

Z: Excellent. Send them over!

Oops. The robot’s semantic engine isn’t perfect yet and it’s been trained to get things done in the most efficient way possible. R does a quick dictionary.com search for the words “send” and “over” and quickly plots the geodesic from _unknown location_, Nevada to penthouse, SFO. One minute later, the bombs are flying to SFO. And they’re live: the robot was asked to send them over, not disarm them before doing so. The robot’s obsession with efficiency take precedence over causality. Two minutes later: doomsday

How did events reach this pass? Since when did objects created by us to increase our understanding threaten to become our masters? How can we take back the night?

We don’t have to run for our lives yet. There’s still time to reflect on the history of knowledge and the instruments we have created to extract knowledge from the world. Yes, knowledge has a history. So do knowledge devices: aren’t the carved tablet in Babylon and the swiped tablet in Boston both knowledge devices? I call them Epistrons. Aristotle thought all humans seek to know. Epistrons are artifacts we have built to fulfil that need.

Epistron is the most general term for a knowledge product, device or system that’s been created to satisfy our knowledge desires.

Once we liberate our minds from a specific kind of epistron — robots and AIs — it’s clear that epistrons cover a vast range of artifacts, ranging from the fully physical to the fully mental. Not that physical and mental are fundamentally different — I am just pointing to our experience of these objects. Even a short list of epistrons should include:

These synthetic systems are among the most important and robust of all human creations. Universities last longer than nations. Some books have lasted longer than the civilizations in which they were written. Nevertheless, they are artifacts — the earth goes around the sun in an elliptical orbit whether we exist or not, but the equations that describe the earth’s motion vanish when we vanish. How do we understand this bewildering array of knowledge artifacts?

The study of knowledge is one of the oldest of human concerns; with formal history of over two thousand years and a much longer prehistory. Over the years, the study of knowledge artifacts has spread across a bewildering array of disciplines. Philosophy helps us understand the abstract foundations of knowledge. Graphic design helps us make better books and websites. AI and Robotics helps us make intelligent machines. These fields don’t talk to each other at all. How many philosophers are interested in kerning? I believe that’s a real pity, because we live in knowledge saturated societies. We are spewing out data in unimaginable quantities even while couch surfing. How are we going to make sense of it all?

Can we encompass all (or much) the forms of knowledge within a comprehensive design system?

Longer Answer: Every system has its fissures, though some are more likely to protect you from hailstorms than others. It’s going to take a long long time to create a design system for knowledge, and chances are we will all die before we get to the destination, but it’s a journey worth taking. Where do we start?

It’s all about text

The history of formal knowledge is closely intertwined with the history of texts. While Socrates didn’t write a word, Plato wrote many and it’s his words that inaugurate the western tradition of knowledge. When we read Aristotle today, we’re reading his lecture notes. Whatever else they might be, philosophy and theoretical science — mathematics, physics, computer science etc — are forms of textuality: mostly prose but with a heavy dose of symbolic representation such as equations, graphs and diagrams.

Until recently, text was a representational tool: a linear script freezing the structure of the world on a two-dimensional surface. What Galileo meant when he said the book of the universe was written in the language of mathematics:

Remember that before Galileo and his colleagues (and to this day) many people believed that the true purpose of text was to record the word of God. That recording was mediated by the church, but certainly not the empirical world outside. Text belonged to the sacred, not the secular. Meanwhile, telescopes were used for spotting ships on the horizon — ships arriving with valuables from distant lands. Galileo pointed the telescope at the heavens, creating a sacred function for a secular object, but in his use of mathematics to study the natural world, he created a secular function for a sacred object.

While Galileo and other scientists brought the sacred and the secular closer together by pointing texts and telescopes in the same direction, it’s only now that we can contemplate the merger of text and telescope. Three new developments are making that merger possible:

In combination, we are entering a historical period in which the primary function of text isn’t to represent the world as much as to grasp it, and in doing so, to cover the world as an invisible layer. Which prompts an obvious question:

I obviously don’t have an answer to that question, but it’s clear to me that the future of knowledge is tied closely to the future of text. There’s enormous churn in the world of “text experiments” — see here and here for a couple of interesting new ideas. I will be tracking those developments closely in my future epistronics. Having said that, let me get back to dead tree books before I quit. I have a short list of must reads for anyone who wants to design knowledge systems.

I am looking for books that serve as a precursor to the idea of epistrons, of creating “knowledge by design.” Books that reveal the various forms of knowledge that fill our world and even better, inspire us to make those forms ourselves. Each book in the list should have a minimum of four out of these five features:

That’s a high bar. Here are nine books that meet that bar. In chronological order:

Note 1: One of these is radically different from the others. Guess which one.

Note 2: I am sure there are books I haven’t read that aren’t in my list as a result, so feel free to write down your suggestions in the comments.