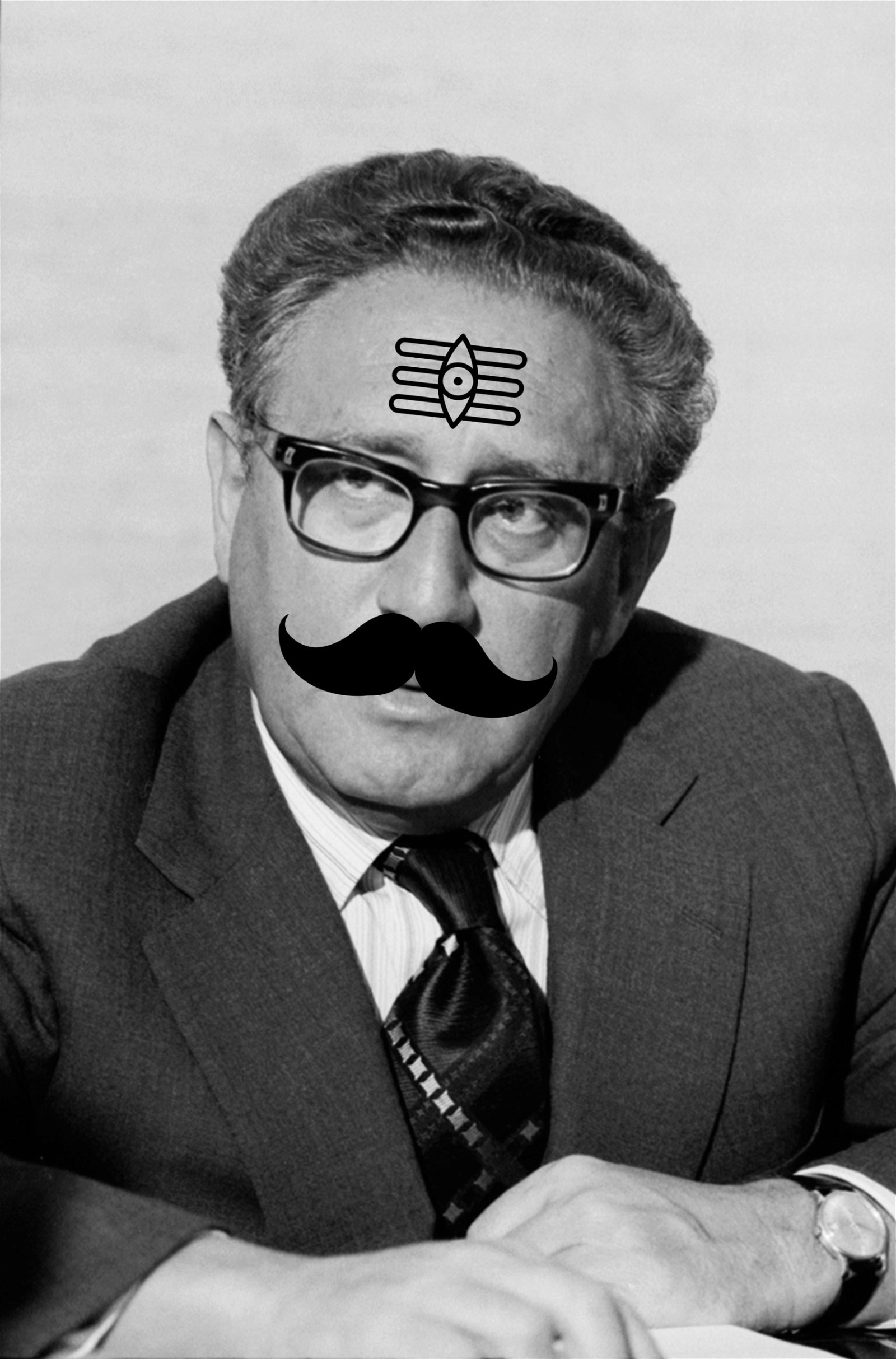 Let’s say I was Henry Kissinger. I know, I know, but there was a time when I trained with the best to fake a vague European accent while pretending to be an evil genius. So let’s just say I am DHK (Desi Henry Kissinger). I am looking at His Majesty Namo the Magnificent’s War of the Worlds performance with my evil genius eye.

What would I think?

I would be like, can someone go back to school for a refresher course in evil geniusism for this performance sucks.

So any objective observer looking at India from a distance, noticing the spacecraft we have been flying for five thousand years or more and wanting to hand us superpower status is going to go, gee, I din’t know they were hand in hand with Pakistan and immediately cancel our application for permanent membership of the Security Council.

But really, let’s ask ourselves why Pulwama happened. It’s not that I have any privileged intelligence data, but we can garner insights by connecting a few dots between Kabul and Kolkata plus generous helpings of Google and Wikipedia.

The first and most important precondition for Pulwama happened on December 20th, 2018 when Trump announced the halving of US troops in Afghanistan. Following that, peace talks between the United States and the Taliban started in the UAE on February 25th, 2019. The co-founder of the Taliban is personally attending the meetings and the US is being represented by the infamous Zalmay Khalilzad.
This is part of a larger dialogue which is bringing other “great powers” into the Afghan process. Note that India is only invited as an observer, while the Taliban (hence Pakistan) is a participant .What does this mean?

The most important lesson to be drawn is that the Taliban and its Pakistani backers believe they have defeated the United States. After almost two decades of US occupation (the longest running war in US history), trillions of dollars spent, tens of thousands of lives lost, countless air and drone attacks in Afghanistan as well as Pakistan, a midnight raid to get OBL in the heart of the Pakistani military establishment the US is withdrawing from Afghanistan without achieving its goals.

Let me repeat this is differently

Indians are thumping their chests saying they conducted a successful air strike outside POK (i.e., in regular Pakistan) that killed 300 terrorists. Shows a new level of resolve in the Indian leadership they say.

Fine, let’s assume everything being claimed is true.

Now contrast that claim with the reality that a much more powerful military power with much better weapons and much greater access to intelligence is leaving defeated afterhaving conducted innumerable airstrikes and drone strikes on terrorist camps all over Pakistan and after having conducted a successful physical raid in the heart of the Pakistani military establishment.

India and Pakistan are adversaries but the US was in an actual war with the relevant parts of the Pakistani establishment for two decades. And it looks like the US lost. Why would the ISI or other parts of the Pakistani establishment even consider the Indian airstrike as a real threat? Instead, they are likely to think that having solved Afghanistan twice (once against the Soviets and once against the US), they can now turn to Kashmir with confidence that their long term strategy works. Do we really think this adversary can be defeated by circulating Jai Hind on Whatsapp groups and beating up Kashmiri students all over India? Maybe our bhakts in chief think the twitter war is the real war — which it might be if your eye is on elections rather than the security of the nation.